The world got a bit darker today, because Dr. Cliff Fain was a bright light. He was a genuine and positive force, always smiling, generous, welcoming, and funny. He knew how to make people feel special. The quintessential example of a good man for all who had the privilege of knowing him. Because he was greatly loved, he will be greatly missed. 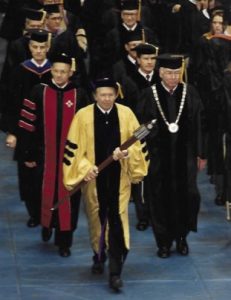 Cliff took his last breaths peacefully the evening of November 29, 2020, surrounded by his beloved wife, Lou, of 66 years (though he often joked they had been “going steady” for 73 years), his adored daughter, Tish, his precious granddaughter, Sutton, and his loved dog, Pippa.

Dr. C.C. Fain was a native South Carolinian and was born in Spartanburg to Alma and Guy F. Fain. He had an amazing bond with his brother Guy Junior. Cliff graduated from Spartanburg High School and then came to Clemson where he received a B.S. and M.S. in Ceramic Engineering in 1954 and 1957. Dr. Fain later received his Ph.D. from Ohio State University also in Ceramic Engineering.

During his time with us, Cliff spent 45 years as a Professor of Engineering at Clemson University, where he broke ground on several cutting edge topics, secured multiple patents throughout his career and even toured throughout Europe and the UK giving seminars on his revolutionary findings. In the most recent years he concentrated on the heat stabilization, carbonization and graphitization of carbon fibers and the development of high thermal conductivity pitch-based carbon fibers using hollow carbon fibers as high temperature micromolds. Some of his findings are even used today. He consulted with Milliken Research Corporation for over 20 years, was a former Chairman of South Eastern Section of American Ceramic Society, Session Chairman a number of years for NASA/DOD meetings at Cocoa Beach, Vice Chairman, Treasurer and a member of the American Ceramic Society, National Institute of Ceramic Engineers, Ceramic Educational Council, Whiteware Division of ACS, a member of American Carbon Society, member of Keramos, member of Sigma Xi and Chairman of Education Committee. All of these accomplishments did not go unnoticed and caught the attention of Governor Carroll Campbell, who honored Cliff with the Order of the Palmetto, which is the state’s highest civilian honor awarded to citizens of South Carolina for extraordinary lifetime service and achievements.

He was also bestowed the title of Professor Emeritus and had the distinct honor of being the Clemson University Grand Marshall for a third-year term. In the Clemson Inside publication they wrote, “Cliff Fain is a step ahead! He’s led the graduation procession three times, but today he’ll be covering new territory. Cliff Fain, professor of Ceramic Engineering and University Marshal, will lead the Presidential Party en route from Sikes Hall to the Brooks Center for the investiture of Clemson’s 13th President. When it came time for the former College of Engineering to select the University Marshal for a three year term, the choice was obvious. Fain was the full professor with the most seniority in years. In fact, there are few at Clemson who can match his record. He started teaching in 1954, after graduating from Clemson. He occupied the same office in Olin Hall for 45 years. He’s seen a lot of things change, but he continues to be struck by the beauty of the campus. “On the Presidential walk that Friday, he walked through the Carillon Garden and ahead of them was the Outdoor Theater with the water spray behind it. He said it’s absolutely beautiful and I’ve been blessed with wonderful students” (Jarrad 8).

That all being said, for those who knew Dr. Fain, you know that as hard as he worked in his lab and the classroom, what he really cherished about his job was his students and graduate students. He kept up to date with so many of his former students, helping many begin their own careers beyond the university classroom. He loved the Greek fraternities here on campus and enjoyed being the Faculty Advisor for DKA in the early 60’s and colonized ATO. He was a member of Tiger Brotherhood, a recipient of the Award of Merit by the American Association of University Professors in 1985. He was also instrumental in forming the Clemson Water Ski Team and was active with the American Water Ski Association. He was an amazing coach to his daughter, a seven time National Water Skiing Champion, and loved being a part of the Ski Bugs, a close knit group where he made friends for a lifetime.

Cliff’s history with both the town of Clemson as well as Clemson University was extensive! Even before he began his professorship here, he was a student of Clemson University, back when it was strictly a military school. He began attending the Clemson First Baptist Church as a freshman and remained an avid member loving his Preacher, Dr. Rusty Brock, and all his church family. During those young years, he fell in love with the beauty of Clemson, the University and everything that it had to offer. He was honored to be in the Senior Platoon, he was a Platoon Leader, member Tau Beta Pi, member of Phi Eta Sigma and later the Academic Advisor for Phi Eta Sigma. He earned his Block “C” on the track team as a pole vaulter in the day when they used cane poles and landed in saw dust pits. He dove into the active sports scene here at Clemson and found early on that his blood ran orange and Clemson was home forever. He loved boating, fishing, motorcycle riding, and could fix anything! His brilliant engineering mind was always turning, constantly observing and analyzing situations. It was not unusual for his family to come upon a new pulley system or “creation” to fit whatever was needed. He truly earned his nickname of “MacGyver,” a man who could solve any problem.

He and Lou loved racing cars and were avid in the South Carolina Sports Car Club. Cliff continued to regularly attend and cheer on his Tigers for over 60 years to come with season tickets. He loved going to football games, basketball games, tennis matches, golf, rowing events and more. He housed many College Tennis Coaches during tennis tournaments. He was the first Tennis Coach at Daniel High School. He also served as Captain of the United States Army Reserve. Cliff always treated those around him with kindness, respect, and, for those of you who really knew him well he was forever teasing and saying special sayings I know you all will remember forever. He was notorious for walking in offices on his way to and from work teasing people by cutting off their lights. Of course, they had to then get up and turn them on, and it always caused a chuckle and a yell down the hall, “Hey, Dr. Fain”! 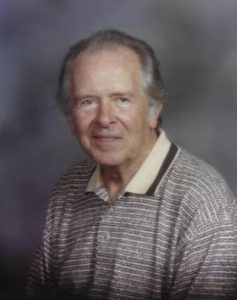 He often recited to his friends and loved ones how blessed he felt to live and work somewhere where people care about one another and show up for one another in big ways. Cliff’s highlight of each week was playing multiple days with his golfing buddies at the Walker Course. Sweltering heat or extreme cold never keep these amazing men from getting together. He was especially proud of receiving a lifetime membership there for free! He was honored in becoming the Official Member of the Golf Channel Hole in One Club at the Walker Course, hole number 4, in 2002!

Cliff was so proud of Lou and the Fain School of Dance. He was very active in the dancing school life and loved all the students there. He constantly used his amazing mind to tackle creative projects she needed, helped building props and attended every performance and parade.

He, too, like this town and university, believed in giving opportunities and support to those who needed it most. Cliff intimately understood what it was like to grow up during the depression and worked multiple jobs throughout his life, starting at the age of 5, working hard and persistently to create his own dreams. Cliff was driven for greatness even as a young boy which was shown by earning Eagle Scout and he also earned his Bronze, Gold and Silver Palm. Chances are, if you knew him, you may have ended up at his doorstep seeking good conversation or even some advice, and he always had time to share with that someone on his porch. Cliff showed up for others. He was an “opportunity giver.”

Cliff loved looking out each morning at the wildlife on the lake. He could always spot the bald eagles flying above, enjoyed feeding the deer and calling back to the birds in the nearby trees, and was even frequently visited by a blue heron he nicknamed “Junior.” He loved gazing at the sunrises and sunsets and was known to wake us all up to see the sunrise on very early Saturday mornings and then say, “Okay, now you can go back to bed.” You could always find him sitting on the porch, in his special chair, drinking a cup of coffee and looking out at the land.

This is only a fraction of the legacy that Cliff leaves behind for us. He was cherished and esteemed by many and will be greatly missed by all of us who were fortunate enouzgh to know him. We will feel the loss of his generosity, steadfastness, intelligence, and playful mischievousness. It was many a conversation that he started with his infamous, “How the hell are you?” It’s sad to think that we’ll never hear his time old question again, but we are left with his memory and the impact that he had on all who loved him and who he loved in return. His greatness will live on in every neighbor’s kind gesture, hug that we give, and joke that we tell. We love you and will miss you greatly.

And as he would say in parting, “Keep your nose clean and remember to surround yourself with good people!”

Dr. C.C. Fain dearly loved his family. In addition to Lou Fain, his “Bride of 66 years”, he is survived by his daughter Tish Fain, and granddaughter Sutton Fain Schwartz of Oregon, his sister-in-law Naomi Fain of Spartanburg, nephew Dr. Guy Franklin Fain III, medical doctor, and his wife Ellen of Chattanooga, Tennessee, grandnephew Guy F. Fain IV of Chattanooga, grandniece Melissa Fain Sparks, her husband Cameron and son, great-grandnephew Cooper of Texas, cousin Eston Fain of New Orleans, cousin Gene Moorhead and wife Babbs of Gaffney and all his many loved cousins in Gaffney and Spartanburg.

Memorial Service and Celebration of Life honoring Dr. C.C. Fain will be on Saturday, August 7, 2021 at 2:00pm, First Baptist Clemson. Visitation immediately following in the Family Life Center. Private family burial services in Woodland Cemetery on the campus of Clemson University at a later date. In lieu of flowers donations may be made to a charity of your choice or the Memory Garden Project of First Baptist Clemson. 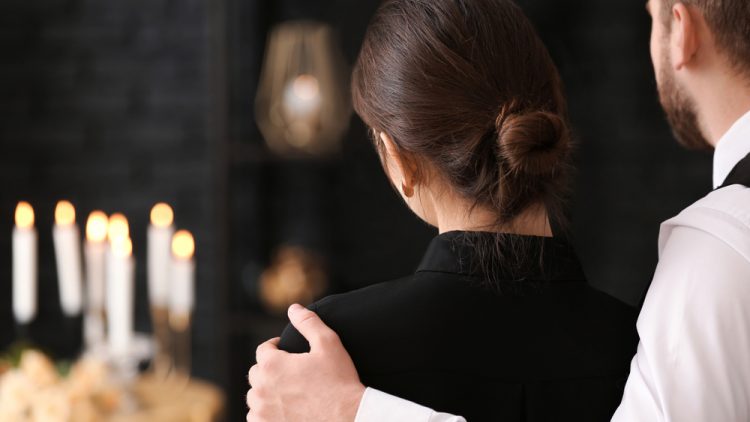 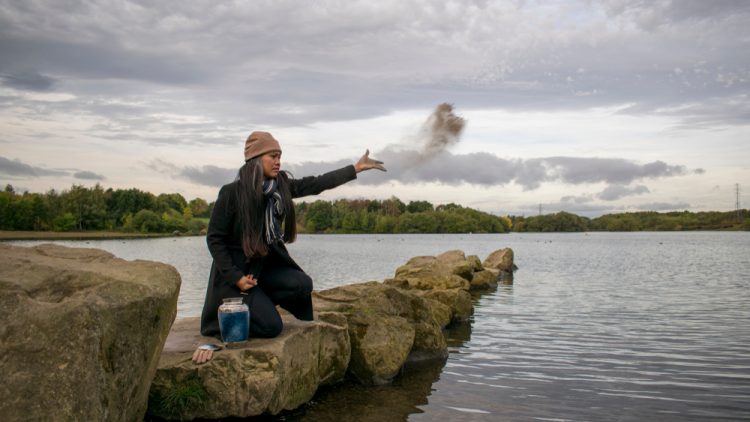